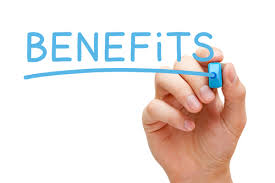 When we are generating IFA Leads, we divide the call into 4 parts, the introduction, expansion, home run and the benefits.

This post will look into more detail as to what should happen in benefits part of the call. The benefits part, like the expansion part is the most unscripted part of B2C Cold calling process.

It re-caps the main key benefit of the appointment with the IFA.  At this point I should make a distinction between features and benefits, which is commonly confused.

Features are defined as surface statements about your product, such as what it can do, its dimensions and specs and so on. ie. the initial appointment with the IFA is free of cost and with no obligation.

Benefits, by definition, show the end result of what a product can actually accomplish for the reader. ie. The appointment could increase your pension.

Here are the top 10 benefits of a pension review with an IFA. They are:

What will happen at the appointment is that the IFA will write to your pension firm from which he will prepare a report. From this he will make any recommendations if he can better what you currently have. The review will have the intention of checking your existing pension charges which will increase your retirement income and will also give you a final pension projection. It will also serve to give you the latest up to date information.

What will happen next is that you will receive a confirmation email including a profile of the IFA advisor with FCA reference numbers. We will also confirm with a text. Should you not be able to make the appointment and need to reschedule please just call us and we will be happy to reschedule. Contact telephone number will be on the email. The details of this campaign can be found on our website: www.ifa-direct.com under about us.

At IFA Direct Home we divide the call into 4 parts, the introduction, expansion, home run and the benefits.

This post will look into more detail as to what should happen in home run part of the call. The home run, like the introduction is the most scripted part of B2C Cold calling process and is the most assumptive.

Generally speaking if you have done The Expansion part correctly and gained all the relevant information, given the prospect the likely pension savings and asked whether they would like to make these kind of savings for which they reply “yes”, then there is no need to ask for an appointment. You just book the appointment and use the “Assumptive Close”. It goes something like this…..

Well I just want to explain who we are and what we are about. IFA Direct Home is essentially a collective of IFA’s – some 30+ IFA firms that networks the UK. All of our IFA’s are FCA regulated meaning that if they cannot better what you currently have then they are obliged to leave your pension where it is.

Many IFA’s working this campaign have negotiated directly with pension companies to get favourable reduction in pension charges so they can almost certainly better what you currently have. Some are as low as 0.38%!

If they cannot better what you currently have then there advice would be to leave your pension where it is so it really is a win, win situation you have nothing to lose. Your IFA is ________________and I am just looking in his diary now. He is free next Tuesday, Wednesday – when is best for you? Mornings, afternoons or evening?

Before you attempt this part of the call – you have to have covered and shut all the doors in the sales corridor.

At IFA Direct we divide the call into 4 parts, the introduction, expansion, home run and the benefits.

So many time newbies working in our B2C team, given any interest in the hook part of the call by the prospect will talk at the prospect rather than ask the who, what, why, where, when and how.

No doubt he had been so relieved from the previous 50 “not interested’s” that he fell into the classic trap of telling and not selling. Ironically, this approach would be more likely lead to boring the prospect or pushing the prospect away, rather than achieving the desired outcome of generating a need and booking an appointment.

Selling is asking the who, what, why, where, when and how. Asking for example “Who is your pension with?..How long have you had the pension….What type of pension is it….What is the value of your pension?

Once you have basic information regarding the prospect, you  then maybe armed to calculate potential savings from Annual Management Charges (AMC) . If you could demonstrate a £5,000 saving in AMC over 5 years before their 55th birthday, they are more likely to engage with you, take note and perhaps book and an appointment to see a financial advisor, rather than if you simply told them this.

You can thing bring other relevant benefits into the B2C cold call such as the possibility of transferring to a more flexible pension which they probably don’t have and need. Simple.